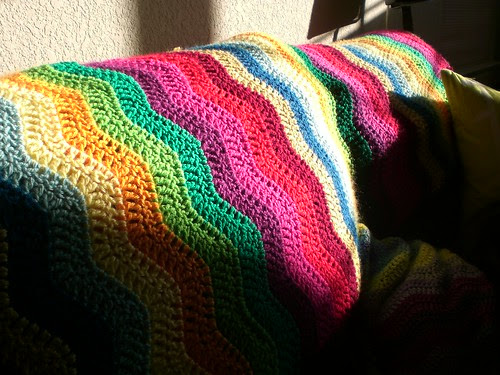 Haven't posted to this blog in a LONG time. I call this blanket the Hurrican Blanket because I did almost all of it while evacuated to my parents house during Hurricane Ike.

At first I didn't really like this blanket all that much. I had a "vision" for it and it didn't really work out the way I had planned. I originally planned to put this on my couch, but one cold night I took it into my bedroom and discovered that I love the way it looks in there. 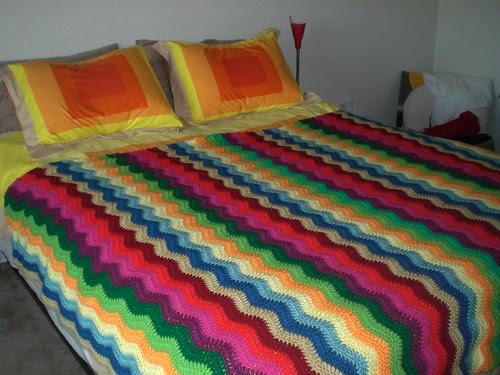 I didn't plan for it to go with the duvet and shams, it was just a happy coincedence. In fact while I was making the ripple I had totally forgotten that I even had that duvet set. We had recently moved and it was still in a box.

So it's finally starting to really grow on me.
YAY! 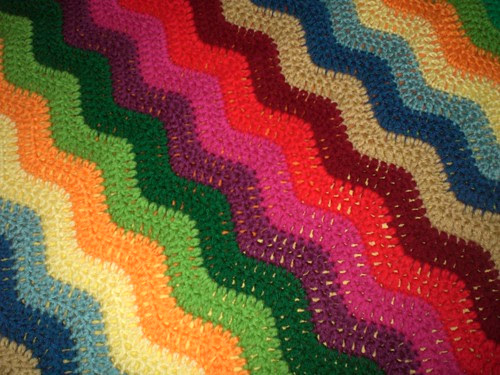